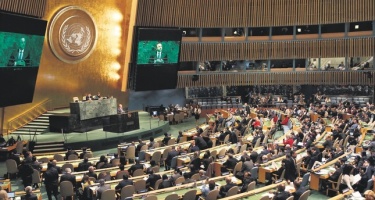 On 22 February 2018, 33 international, regional and Palestinian organisations sent a letter to the High Commissioner for Human Rights, Mr. Zeid Ra’ad Al-Hussein, welcoming the report of the Office of the High Commissioner for Human Rights (OHCHR) released in January 2018 with regards to producing a Database of all business enterprises engaged in certain specified activities related to the Israeli settlements in the Occupied Palestinian Territory (OPT) in accordance with Human Rights Council Resolution 31/36.

The letter calls on OHCHR to release and list companies that have been duly screened and contacted, particularly those who have rejected the mandate of OHCHR in this regard and who have failed to respond within the 60-day timeframe. The letter further stresses on the need to accept the Database as a living mechanism that needs to be continually developed and provide adequate resources for that purpose. Among other issues, the letter calls on OHCHR to set a clear methodology for companies defined in the report as having ‘minimal and remote’ business activities, ultimately excluding them from the Database.

The letter reaffirms the role of such Database as a precedent that would ensure accountability for corporations involved in human rights abuses worldwide, especially in conflict-affected areas and situations of occupation, and as a tool to encourage and assist states in bringing companies within their jurisdiction to comply with the UN Guiding Principles on Human Rights, international human rights and humanitarian law.