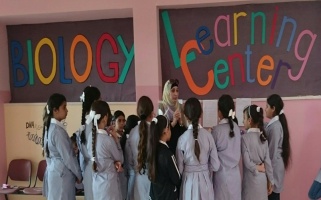 Al-Haq is seriously concerned over the recent decision of the Council of Ministers, upon the abiding recommendations of ministries and heads of government bodies, to refer civil servants to early retirement, especially those who have been forced into early retirement in the Ministry of Education and Higher Education (MoHE), the Ministry of Health as well as in other ministries. The decision is based on the Law by Decree No. 17 of 2017 on early retirement for civil servants. The implementation of the decision violates the basic rights and human dignity of these employees and lacks any objective and transparent foundation and criteria.

According to documentation obtained by Al-Haq, from teachers in the MoHE and other public officials in a number of governorates, it is clear that the decision unduly impacts young teachers who already suffer from deprivation and marginalization. Many of these young teachers rank from ‘very good’ to ‘excellent’ in their annual performance assessment, while others have recently received a certificate of appreciation for their outstanding professional performance, as in MoHE. Worryingly, a number of activists, who had participated in peaceful protests held by teachers in February 2016 to call for their rights, were also forced into early retirement. Thus, there are serious indications that signify a potential abuse of power during the implementation of the decision, which requires an investigation and accountability of those involved, and access to remedy for employees.

Al-Haq has established clear indicators, from the process of collection, compilation and analysis of the documented statements and the annual performance assessments of employees, particularly teachers in MoHE. Accordingly, Al-Haq considers the decision for early retirement unjustifiable and involves clear discrimination on the basis of opinion and involves punishment for exercising rights, which are guaranteed by the Amended Basic Law, relevant Palestinian legislation as well as by international conventions and human rights standards, to which the State of Palestine has acceded to without reservations, in particular the International Covenant on Civil and Political Rights and the International Covenant on Economic, Social and Cultural Rights.

Against this background, Al-Haq underscores the following:

1. The need to form an independent and specialized committee by the Council of Ministers. Members of the Committee should be selected for their competence, professionalism, independence and neutrality. The Committee should review all files of employees who have been forced into early retirement and hear their statements within a limited period of time that does not exceed two weeks. The preceding measures would preserve employees’ rights and human dignity, ensure their equity and access to remedy and hold those found guilty of abuse of power accountable.

2. Its full readiness to cooperate closely with the Commission and to provide it with all the documented statements, testimonies, documents and reports it has received on the early retirement of civil servants, thus contributing to the support and promotion of the work of the Commission and the timely completion of its assigned duties.

3. Its deep concern that the decision, through a temporary law by decree, may become "frequent approach" to terminate the contracts of large numbers of public servants. The decision has been implemented in a manner that lacks objectivity and transparency, in violation of law, and infringing the rights and human dignity of employees. Al-Haq stresses that the Civil Service Law provides for clear and transparent mechanisms and procedures for monitoring the performance of public officials.

4. The need to respect and guarantee the rights, freedoms and human dignity, of employees who have been forced into early retirement. Al-Haq notes the importance of protecting and promoting the human rights system and implementingthe conventions to which the State of Palestine has acceded to without reservations, at the level of legislation, public policy and in practical application on the ground.