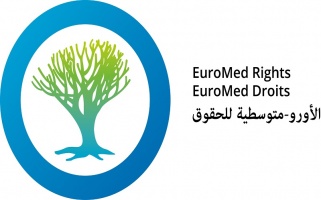 Commenting on the recent events in Israel/Palestine, EuroMed Rights condemns in the strongest possible terms the US decision to move its embassy to Jerusalem as well as the dozens of killings by the Israeli soldiers along the Gaza border.

The opening of the US embassy in Jerusalem yesterday afternoon does not erase the fact that Israel occupied and illegally annexed East Jerusalem in 1967, nor does it change a reality of 51 years of entrenched control over the occupied Palestinian territory. Rather, it contributes to the rapidly deteriorating context by acquiescing and rewarding Israel’s outright disregard of international law.

While officials from Israel, the US and other diplomats, including some EU member states were celebrating the opening of the embassy, the Israeli military violently repressed Palestinian protests in Gaza. Seven consecutive weeks of demonstrations, which began on 30 March 2018, have so far resulted in the unlawful killing of 84 unarmed Palestinians in protests. Only yesterday, according to the Gaza-based organisations, Palestinian Centre for Human Rights and Al Mezan, the Israeli forces killed 43 Palestinians, a predictable outcome of Israel’s unlawful open-fire policies. After 11 years of a comprehensive blockade and closure, Palestinian residents in Gaza continue to be subject to unlawful collective punishment and severe economic deprivation, which has a devastating impact on their daily lives. These policies include hindering patient access to lifesaving medical care, with the Gaza healthcare system on the verge of collapse after dealing with over 2,000 injured in a single day.

Ahead of us lies an unsustainable reality of cementing annexation of the West Bank, imposing a Jewish majority in Jerusalem and brutally silencing peaceful dissent against the Occupation. Unequivocal European actions that address the situation on the ground could nonetheless draw a different horizon for Israelis and Palestinians. However, set against the prevailing context today, anything short of a paradigm shift in European policy will only serve to pave the road to the perpetual occupation of the Palestinian territory.

EuroMed Rights calls on European Union leaders to contribute to the emergency of another reality in Israel/Palestine, one that would bring us closer to the full realisation of human rights, equality and self-determination.

here is the link