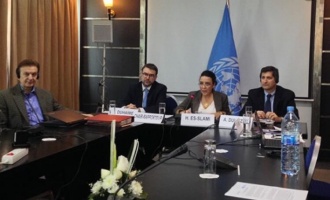 Following Al-Haq’s joint urgent appeal, the United Nations (UN) Working Group on Enforced or Involuntary Disappearances has sent a response to Al-Haq regarding the case of Palestinian citizen Saleh Omar Barghouthi, 29, who was detained by the Israeli Occupying Forces (IOF) on 12 December 2018. Al-Haq recalls the inconsistencies in the conflicting Israeli accounts as to the circumstances of Saleh’s arrest, detention, and fate, constituting concealment, and stresses that Saleh’s whereabouts remain unknown, amounting to enforced disappearance in violation of international humanitarian law and human rights law.[1]

As confirmed by the UN Working Group on Enforced or Involuntary Disappearances:

“a detention followed by an extrajudicial execution… is an enforced disappearance proper, as long as such detention or deprivation of liberty was carried out by governmental agents… and, subsequent to the detention, or even after the execution was carried out, State officials refuse to disclose the fate or whereabouts of the persons concerned”.[2]

In light of the information presented to it, the UN Working Group on Enforced or Involuntary Disappearances has responded to Al-Haq’s joint urgent appeal requesting the consent of Saleh Barghouthi’s family to pursue his case, as falling within its scope, in accordance with the Working Group’s humanitarian mandate and methods of work as well as the methodology adopted by the UN special procedures.

Al-Haq considers that the case of Saleh Barghouthi falls within each of these mandates and, noting that consent has been given by his family, will continue to follow up on Saleh’s case with the relevant UN special procedures. Al-Haq’s joint urgent appeal, which contains Al-Haq’s detailed documentation and legal analysis of the incident, can be found on Al-Haq’s website at: